We had a great show again at Yarra Yarra! Due to the show filling insanely fast and a competing event this weekend, we only had two rider/horse pairs for this show, Brenda with Trevor and Rachel with Jax. We found out later that Jax and Rachel were the Barron’s Reserve Champion High Point and the Tri Valley High Point for this show, so yay! Brenda and Trevor are continuing to do very well developing 3rd level and had two lovely tests for a 65% and a 66.625% and at least one Blue Ribbon (the second class was pending an out of order rider later in the day). He’s such a cutie! 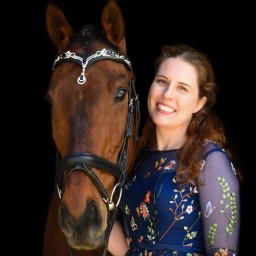